Schools should focus less on "subjects" and more on teaching problem solving skills, say engineers in a report.

A focus on "playful experimentation" could boost learning throughout UK schools, says the Royal Academy of Engineering. It could also instil a passion for engineering and help "overcome our current lack of engineers", it adds. Ministers say they want the UK to be world beating for science, technology, engineering and maths (Stem) subjects.

But co-author Prof Bill Lucas, of Winchester University, said schools "must rethink" the way they teach in order to boost engagement in engineering. The report also urges professional engineers to dedicate some of their time to working with pupils and teachers in schools. "It's an open call for engineers across the world to become involved in education," said Prof Lucas, director of Winchester's Centre for Real-World Learning. 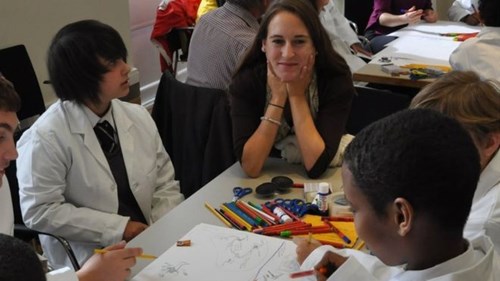 Dr Rhys Morgan, director of engineering and education at the Royal Academy of Engineering, said the UK's shortage of skilled engineers was well recognised and that the report's proposals to "fundamentally reframe" the curriculum would help meet the challenges of raising skill levels in the UK.

The authors studied the effects of three pilot schemes to unite the worlds of education and engineering, which ran in England and Scotland from 2014 to 2016 across 33 schools and a further education college and involved 3,000 pupils and 84 teachers.

The schemes aimed to "encourage engineering habits of mind" in pupils.

And teachers were prompted to step back and allow the children to experiment and make mistakes.

The three projects were: 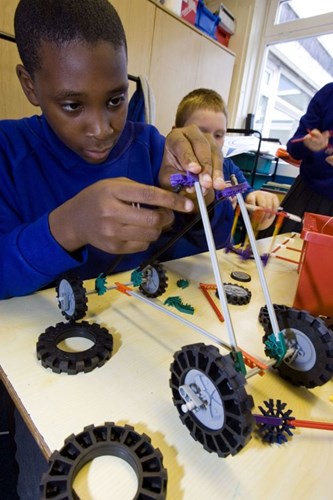 Pupils were encouraged to learn from mistakes

Students were encouraged to adapt existing materials and visualise the effects of their work.

To begin with, some found it hard to try again with failed projects, while some teachers struggled to step back and allow mistakes in pupils' work. But the researchers found pupils' abilities to tackle open-ended questions and generate creative solutions improved, while teachers became more open to the children's ideas.

Overall, the report found improvements, not only in science and maths, but in pupils' artistic abilities, communication skills and confidence.

It calls for more:

Ms Somerville said the Scottish government would later this year publish a final version of a "comprehensive and ambitious" strategy to support Stem teaching and learning. A spokesman for England's Department for Education said the government had invested £76m to train 2,500 extra teachers in key subjects and boost the skills of existing teachers.

The spokesman said changes to GCSEs and A-levels and investment in technical education and better careers advice would also boost pupils and engagement in "vital Stem subjects".

This article was published by BBC Education. See the full report here.