'Turbo-charged' boost for firms in manufacturing

The island’s aerospace manufacturing industry received a ’turbo-charged’ boost with a special summit in the island.

This article was written and published by iomtoday.co.im

The ’exciting and innovative’ event at the Comis Hotel, Mount Murray, drew together representatives of various groups to network, build relationships and create opportunities across the Irish Sea. The official opening of the Joint Aerospace Cluster Summit at the Comis Hotel - pictured is Adrian Moore, Head of Business Isle of Man

It was hailed by organisers as recognising value and opportunity for businesses in the island, UK and Ireland to work together in partnership.

The relationship between the group took on added importance because of the current uncertainty around Brexit.

Enterprise Minister Laurence Skelly summed up the optimistic mood of the gathering when he addressed more than 80 delegates in this way: ’We are very proud of this sector here in the Isle of Man.’

He added: ’We live in very turbulent times, but in the Isle of Man you will find a stable partner.’

And there was no doubting how important the island’s government viewed the summit and how vital the aerospace industry is to the island as Chief Minister Howard Quayle was also there for the launch.

There are at least 20 member companies of the Isle of Man group of companies.

They include large businesses such as the Ronaldsway Aircraft Company, Triumph Integrated Systems and Swagelok Limited.

But there are also some companies that only employ one or two people and they are dotted all over the island.

Adrian Moore, chairman of the island’s aerospace cluster, told Business News: ’The industry in the island is over 70 years old, the cluster itself is in its 12th year. The 20 companies have more than 900 engineers working in the island working in aerospace design and manufacturing.

’So it is the most significant and predominant part of the engineering industry in the island.

The industry is growing but the challenges are quite steep, but the opportunities are huge as well.

’So this event is about reaching out to other companies who have similar customers, sharing ideas, sharing our challenges, sharing our opportunities .’

Mr Moore added they were all supplying into the big companies of the world that make the airbuses, the Boeings and the Bombardiers of this world.

’We are also involved in the defence industry as well.’

Mr Moore said Brexit also figured in their minds. ’We have always worked with the UK and we will have to wait and see what happens. We are obviously cautious and we are trying to put in contingencies, and that includes the Isle of Man, in case we have disruption in supply of materials.’

’Here in the island we have to import most of our raw materials for this industry and then virtually everything we make has to be exported around the world.’

Mr Moore, who is also head of business Isle of Man for the Department of Enterprise, said island firms were involved in every major civil and military programme in the world.

’The aircraft people fly in and out of the Isle of Man on a daily basis will have parts designed or manufactured in the Isle of Man. Right up to the big jets that you use to go on holiday.

Mr Moore said the summit helped ’our near neighbours’ understand what is going on in the island.

He said collaboration was very much the theme of the event and if it was a success it was hoped to be the ’first of many’ gatherings held in the different locations.

He described it as a ’turbo-charged’ version of ’something we do every quarter when aerospace cluster members from the island come together in a forum with the North West Aerospace Alliance to talk about business.’

Dr David Bailey, chief executive of the Northwest Aerospace Alliance said there is an ’excellent’ relationship with the Isle of Man cluster and the Manx government.

He said: ’We’ve worked together for a long time. We always have really good events where we bring companies together and we typically bring with us representatives of organisations such as BA Systems, Rolls Royce and Boeing.’ 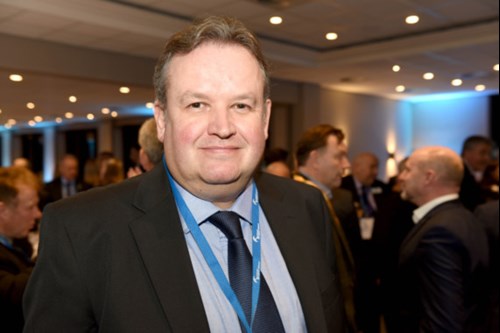 John Whalley, chief executive of the Wales Aerospace Forum said: ’If you look at aerospace, collaboration is part of our DNA.’

He praised the Isle of Man cluster for ’punching above its weight’ in the world of aerospace manufacturing and engineering.

Sean Long, senior market adviser, engineering and electronics with Enterprise Ireland, said it was a trust-building relationship between companies. The Emerald Aero Group was also there along with the Shannon Group and the Causeway Aero Group from Northern Ireland. 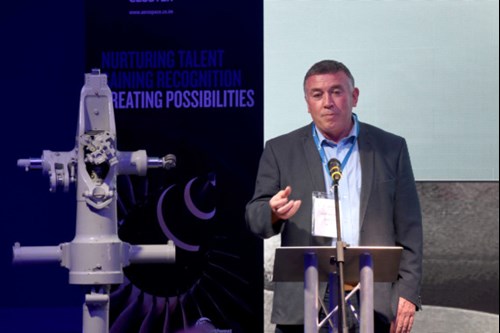 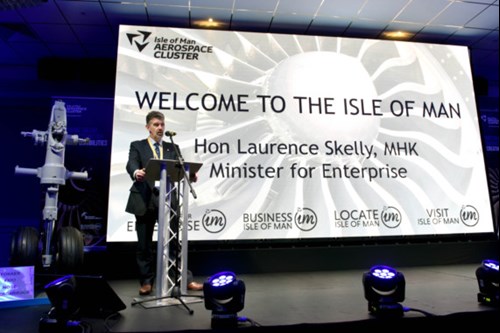 Simon Williams, Director of Civil Aviation in the Isle of Man